This is the story of the brand created by the entrepreneur and craftsman Luis Negri. Of Italian nationality, Luis was born into a family of musicians in Herten, Germany in 1967 and he spent his childhood years in Buenos Aires, Argentina. During these early years Luis was immersed in a creative household full of music which would later inspire him to launch his career in the field of elite artisanship. Aged 19, Luis returned to Germany where he established a specialised workshop and embarked upon the production of violin cases. There, his trademark ‘Negri Case’ was born.

Within a few short years, his work had become synonymous with exceptional quality, functionality and beautiful aesthetics and was sought after by the owners of some of the world’s oldest and most precious violins. Three decades on and Luis has made cases for numerous Stradivarius and Guarnerius violins, to name but a few, many of which have been valued at more than 10 million dollars. Now Luis Negri counts great names such as of Lord Yehudi Menhuin, Ruggiero Ricci, Akiko Suwanai, Vadim Repin, Linus Roth and Maxim Vengerov among his most enthusiastic patrons.

As a result of Luis’ overwhelming success, he decided to use his expertise to move into the world of luxury accessories, creating his first handbag collection. He immediately took the industry by storm with his contemporary style and his personal vision of luxury. His handbags epitomise timeless craftsmanship, manifest in unique and extraordinary pieces that transcend ephemeral and fleeting fashion trends. Evolved over the course of 30 years, Luis has used his deep knowledge and skill in upholstering and marquetry to shape his creations, first in his violin cases and later in fashion. 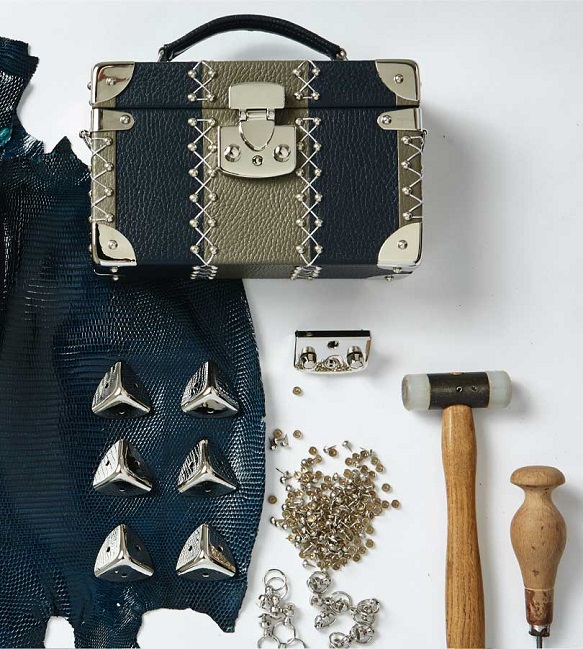 Negri Bags and cases have become renowned for their craft production and impeccable design, and its iconic box bag follows the same path. Constructed using a very light basic structure of poplar wood, Luis’ true focus lies in combining exquisite colours with the use of the very best raw materials. Negri bags are made from highest quality leathers and skins such as calf, deer, phython, and a wide range of reptiles including the American Alligator, the African Varanus lizard and the South American Yacaré. The interiors are made of goat suede and first-rate microfiber. The fittings are of solid bronze, handcrafted in the Italian city of Varese, and are plated in gold or palladium. It is the balance between beauty and pragmatism, the classic and the provocative, which sets these playful accessories apart, elevating them to the realm of the artistic. These are truly handbags in art form.

Even to the casual observer, it is clear that Luis’ passion for music has a strong influence on the bags and cases he produces, and like music, his collections are inspired by different and variable emotions, occasions and styles rendering them unique and timeless. These bags define contemporary vogue yet their appeal remains enduring in an otherwise transitory fashion world. They reflect the individuality and emotional nature of Luis Negri and that of those who wear them. 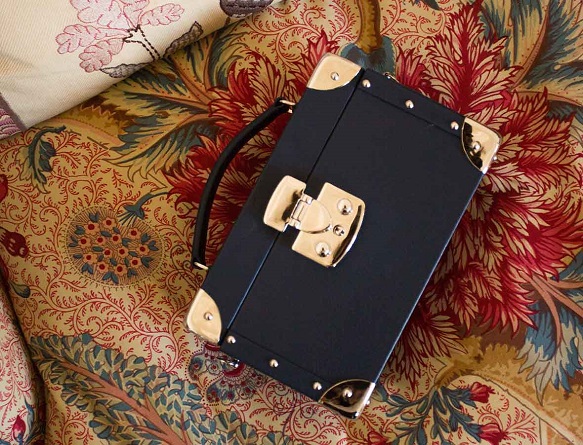 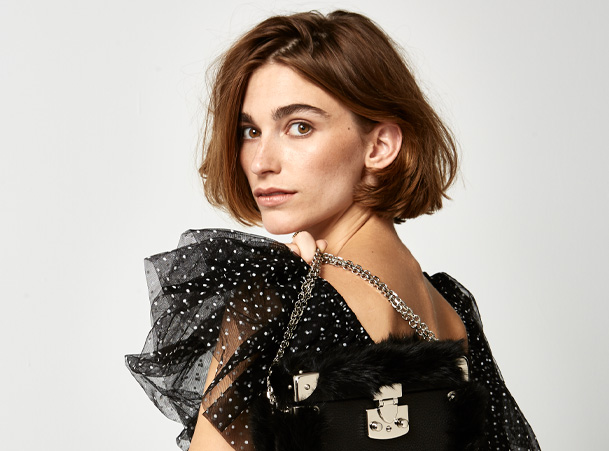 There are many bags. Billions of options around the world. But special bags, the kind that turn out to be a treasure … Few, very few. And speaking of small treasures, the Luis Negri bags (…) are the delight of all those who adore accessories.

You can find out more about which cookies we are using or switch them off in settings.

This website uses cookies so that we can provide you with the best user experience possible. Cookie information is stored in your browser and performs functions such as recognising you when you return to our website and helping our team to understand which sections of the website you find most interesting and useful.

Strictly Necessary Cookie should be enabled at all times so that we can save your preferences for cookie settings.

If you disable this cookie, we will not be able to save your preferences. This means that every time you visit this website you will need to enable or disable cookies again.